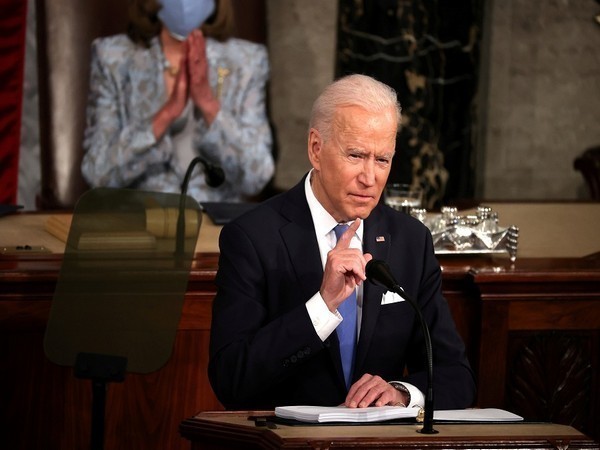 Washington (US), October 1: U.S. President Joe Biden on Thursday signed a short-term funding bill after Congress passed the measure, averting a partial government shutdown that was set to begin midnight.
Earlier in the day, the Senate and House of Representatives swiftly cleared the bill, which will keep the government funded through Dec. 3.
The Senate voted 65-35 to pass the bill, and the House vote was 254-175, with a few Republicans voting with Democrats.
The last-minute stopgap bill would extend funding at current levels for most federal agencies and programs. It would also provide emergency funding to help Americans still reeling from natural disasters, such as Hurricane Ida, and help re-settle Afghan refugees.
The Congressional approval of the bill came after days of partisan fights over a debt limit provision, as Democrats had intended to incorporate a suspension of the debt limit into the short-term government spending bill, a move opposed by Republicans.
Republican lawmakers argued that Democrats should solve the debt ceiling crisis on their own, since they control both chambers of Congress and the White House, while complaining about a lack of bipartisanship in crafting the president's 3.5-trillion-U.S.-dollar spending plan, a sweeping social spending bill that forms the core of Biden's domestic agenda.
Senate Republicans previously said that they would support a "clean" stopgap funding bill to avert a government shutdown, pressuring the Democrats to remove the debt limit provision. Senate Majority Leader Chuck Schumer announced Wednesday evening that an agreement had been reached.
With the stopgap funding bill approved and shutdown temporarily avoided, Democrats will need to act quickly in the coming days on the debt limit, as Treasury Secretary Janet Yellen recently warned that lawmakers have until Oct. 18 to raise or suspend the debt limit before the United States is expected to default on the national debt.
Yellen noted that Congress should not wait until the last minute to raise the debt limit as estimates regarding how long the remaining extraordinary measures and cash may last can "unpredictably shift forward."
Meanwhile, Democrats are facing hurdles from Republicans as well as members of their own party as they try to pass the 3.5-trillion-dollar spending package.
Source: Xinhua