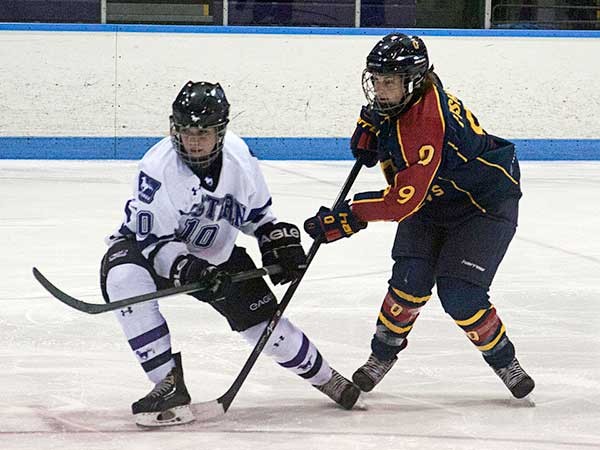 Bratislava (Slovakia) Apr 16: HK DuklaMichalovce produced a superb 3-1 comeback win over HK Poprad on Thursday in the Slovak TiposExtraligasemifinals playoffs, taking a 1-0 lead in the best-of-seven series.
The first goal-siren sounded four minutes into the second period when Lukas Handlovsky redirected a standing in front of the goal and put the visitors from Poprad ahead.
The second half of the third period turned into a show by the home team as Michalovce managed to score three goals within three minutes to turn the vital series-opening around.
Samuel Takac capitalized on his chance when Poprad's goalie got his view blocked.
Moments later, his Finnish teammate Antti Erkinjuntti put Michalovce ahead 2-1 with his fourth playoff goal on a fastbreak.
Two minutes after that, David Soltes provided the 3-1 assurance from a sharp angle.
Poprad pulled its goalie in the final moments hoping for a miracle, but the home team defended the lead and therewith the victory.
"We remained patient and got rewarded for it. We worked hard during the whole match. We have played a lot of games against Poprad this season; we know each other very well. We got luckier today," stated Michalovce coach TomekValtonen after the game.
Source: Xinhua