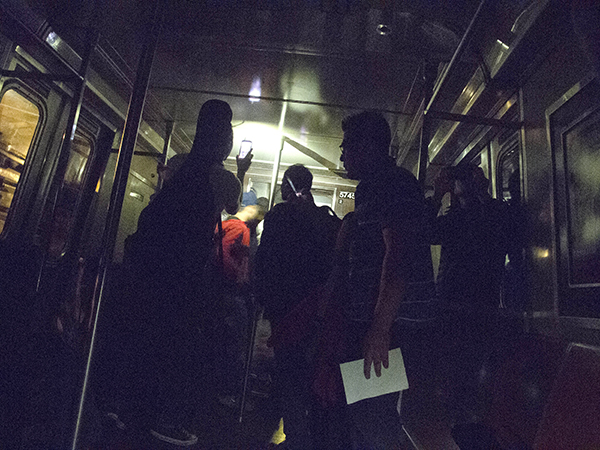 New York (USA) September 25: Rikien Wilder, the Good Samaritan whose heroic actions led to the arrest of the man charged with causing the derailment of a New York City subway train on Sunday, has been awared a year of free, unlimited subway rides.
According to a press release by the Metropolitan Transportation Authority, the 44 year-old was at the 14th Street subway station on Sunday morning when he saw a man placing debris on the tracks.
Finding himself in an extraordinary situation, Wilder climed down onto the tracks to remove some of the debris just before a train passed through the area safely.
"My adrenaline kicked in and I was like, I have to do something about it," Wilder said in a statement. "Because normally, when something happens in New York, you watch the news and the guy gets away, you have some dark snapshot from a camera and you never catch the guy. So I made it my point that if I were to come across something or someone, I'm going to do something."
Wilder then went to notify MTA personnel before returning to the platform and witnessing the same man place more debris on the tracks causing a northbound train's derailment. He chased down the suspect and held him down on the station mezzanine until police could arrive.
The New York Daily News reported that police later identified the man as 30-year-old Demetrius Harvard, who has been charged with reckless endangerment, criminal mischief, assault, and criminal trespass.
MTA Chairman and CEO Patrick Foye commended Wilder for his bravery.
"New Yorkers are known for putting others ahead of themselves, and that's exactly what Rikien Wilder did," Foye said. "While we don't want members of the public placing themselves in danger by jumping onto the tracks, this brave Good Samaritan is a hero three times over - for removing debris, alerting personnel, and making sure the alleged perpetrator could not get away before police arrived. He truly exemplifies the best of New York."
NYC Transit Interim President Sarah Feinberg added that his actions "saved the lives of fellow New Yorkers" by ensuring Harvard could not repeat the crime somewhere else.
"With his birthday coming on October 1, the best way we could think to thank Rikein for his heroism is a year of free unlimited subway and bus rides," Feinberg added.
According to Feinberg, the incident caused a loss of power to all four subway tracks, causing major delays for trains that use the 14th Street station along the Eighth Avenue line and throughout the system, including the A, C, D, E, and F trains.
The agency noted that all 135 passengers on board the derailed train were safely discharged onto a platform by MTA personnel as NYPD officers placed the suspect under arrest upstairs.
A Fire Department spokesperson said three passengers suffered minor injuries in the derailment. One person was taken to a hospital for evaluation and the other two declined treatment, according to FOX5.
According to the MTA, service was restored on Monday after crews worked through the night to repair and replace hundreds of feet of damage to tracks, third rail and pillars.
Source: Fox News 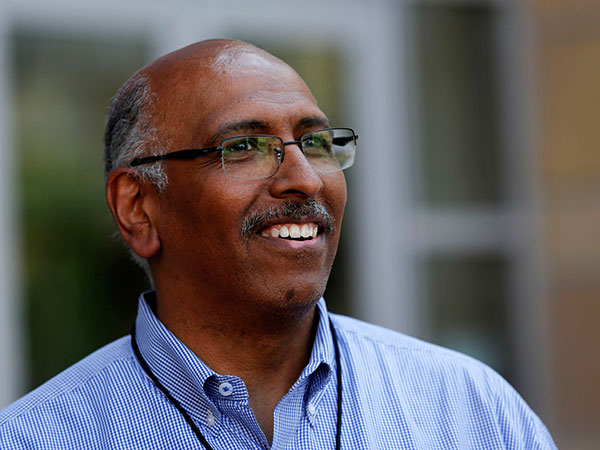